Working from home with companions

Working from home with companions 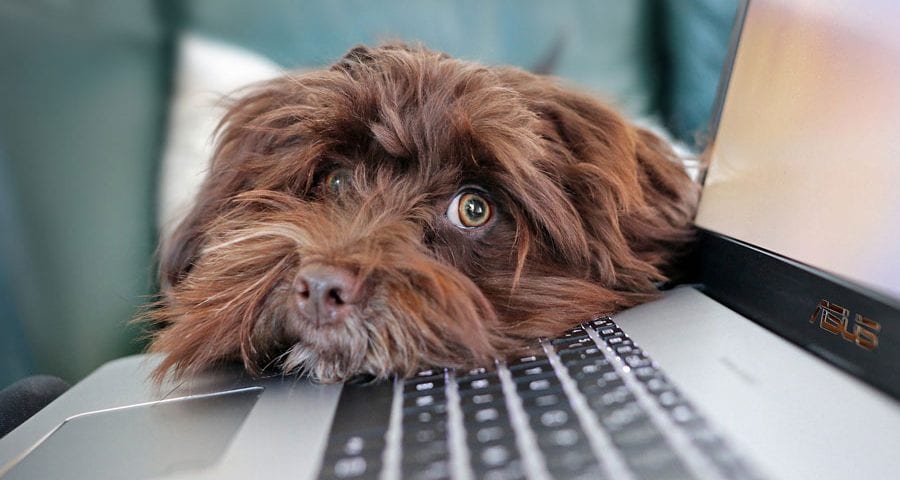 2020 has been a very confusing and difficult year. The terrifying outbreak of Coronavirus has taken its toll on society, the economy and the overall well-being of individuals. Since the UK government announced the need for households to self-isolate, there has been a staggering amount of online communication amongst friends, family and colleagues through platforms such as Zoom and Skype. Despite the struggles some are facing with adapting to this house-bound way of living, those with pets are given a significant amount of quality time with their beloved four-legged friends.

Is all this time too much time?

The concept of us working from home must be a confusing one to pets. Suddenly, they are granted all their owners’ time and company which may be somewhat overwhelming. The question lies as to whether this time is a bit too much. Dogs and cats will not be able understand the concept of our attention being primarily focused around working from home; and can therefore innocently expect more attention or exercise. There is also the risk of them getting a bit too used to this way of life meaning they may find it difficult to adapt to how things were when individuals eventually go back to work. Animal behaviourist Chrissi Lewis says “There could be all sorts of separation anxiety issues”. “Wherever possible, try not to spend every minute with them, so if you’re working from home, maybe get them used to going in another room, even if it’s just for half an hour so they’re not with you 24/7.”

On the bright side, most owners will agree that self-isolating with their pet is one of the blessings of this incredibly strange and unfamiliar time. For owners who may feel more pressure in entertaining their pets, there is a great deal of helpful advice and information online. For example, the RSPCA is just one of the many animal charities which has provided some ideas for keeping pets amused. The lockdown has also resulted in some compelling social media content in which dogs attempt to join important Zoom calls or hilarious imagery is posted on Twitter with the hashtag #WFHPets. Whether or not it’s your cup of tea, it’s safe to say that we could all do with some light-heartedness given everything currently going on in the world.

At Aquarium, not only do we work alongside some fantastic pet insurance companies, but we also believe that pets are genuinely part of the family. So much so, that we have even opted for working with our pets before! We believe that having the opportunity to work alongside a four-legged friend every day should be something to cherish during this unprecedented time.